Everyone knows what a “bucket list” is and quite probably, most of us have one. It is even more likely to pen a bucket list the older you become. When I was 21, I had a list of things to do before I enter the pearly gates, and it was a long one. It’s much shorter now. It’s not that I’ve accomplished so many of my wishes on the list. I’ve done some, but many have become less important to me, and now that I am older, I only list the things that I most want to accomplish.

I have a bucket list of outdoor achievements that I’d like to do before the credits roll on the movie of my life. My dream fishing trip was always to go to Brazil to fish for peacock bass. I’ve scratched that off the list because that trip is too physically demanding, and, as I get older, it is less likely that I’d ever withstand such a physically excruciating trip.

Because of my good friend, McHenry’s own Hall of Fame angler, Spence Petros, fishing in Venice, La., has replaced Rio as my number one dream fishing vacation.

Petros has been fishing in Venice twice this year already. Upon his return from the first trip, he phoned to tell me, “I will probably never fly in to fish in Canada again. Sure, I will always love to fish for muskies, but this Louisiana fishing is the best that I’ve ever done in my life.”

Please realize that Petros has fished almost everywhere that a man can bait a hook. What he says about Louisiana carries an incredible amount of weight with me.

Petros hooked up with Captain Bernie Frueh of Bite Me Sportfishing, at the Rosemont Show in January. He bonded and accepted an invitation to check out Louisiana’s fishing scene. Since Hurricane Katrina, many potential tourists have avoided the area because they think the landscape was totally devastated and the fish have been killed off from the oil spills that occurred in the recent past. That is not the case. Sure, Katrina caused a lot of severe damage, but the fishery was pretty much left unscathed. Even the oil spills caused minimal damage, and most damage has been reversed by now.

Frueh is from La Grange and previously ran the “Bite Me” salmon charter out of Waukegan Harbor during summer before turning to the Gulf full-time. Frueh has fished all over the country. But after taking his first trip down to Venice several years ago, he was hooked and found it to be a sportsman’s paradise.

“For big fish and lots of them, this is the place to be,” Frueh said.

I met the fishermen recently and found them to be knowledgeable and friendly. They are definitely the kind of guys you’d like to spend a week fishing with.

Petros told me that depending on weather and the bite that is on, you can fish inshore areas or you can fish the oil rigs, which are loaded with big fish. Deep blue ocean water holds fish that are certifiable monsters.

It’s a 15-hour journey to get there by car, about the same as northwest Ontario. The price is about the same as a nice Canadian adventure, too. The differences are that your money stays in this country, you can do it 12 months a year in beautiful weather, you can catch a dozen different species of fish and, best of all, you can bring back coolers full of extremely delicious fish filets. I am talking tuna, redfish, sea trout and mahi-mahi, among others. You may even get a sting ray or shark for the sport of it.

The tackle the guys provide is first-rate, your meals are included as well as gas and bait. You’ll fish in a comfortable and safe 29-foot center console boat. Petros said he and his boat mates caught between 38 and 96 large, hard-fighting fish a day the last time out. You can’t do that in Canada, can you?

Petros is going back again in October, and there is space available on his excursion. To find out more or to book a trip, you can check out www.bitemesportfishingvenice.com or call Captain Bernie at 763-218-5044.

I hope to be able to scratch the Venice experience off my bucket list in 2015. Is there anyone who would care to join me and scratch it off of their list, too? 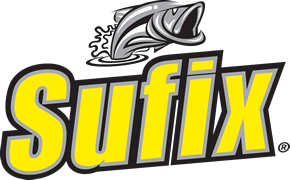